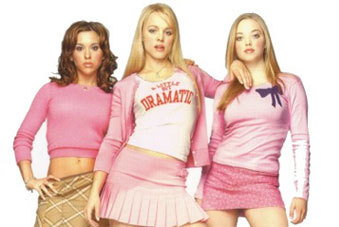 Dear 10-year old girl that I was assigned to chaperone while accompanying my son’s fourth-grade class on today’s field trip,

I could tell immediately that you thought you were hot stuff by the way you talked down to your classmates and disrespected the accompanying adults.  But I didn’t realize how rotten you were until the day progressed.

You started out with subtle insults, like telling the other kids in our group that the things at the museum they were interested in learning about were stupid. I cringed but said nothing. Instead, I just affirmed that I too found those items interesting and I led the group to that area. You didn’t care much for that.

Later you went a step further and told one of the boys in our group that you didn’t think he was capable of operating an interactive device – although all the other kids in the group had already done so successfully – and told him he shouldn’t even bother to attempt it. You even tried to push him out of the way and make him feel incompetent by showing him how easy it was for you. I asked you to wait your turn and I encouraged the boy to keep trying. I told him that I had faith in him. You huffed off, not waiting around to witness the boy go on to accomplish the task like a champ.

Later, when you were sitting next to me, I whispered a gentle reminder in your ear, “You should encourage your friends,” I said. Instead of taking that piece of wisdom to heart, you shot back, “Technically, he’s not my friend.” To which I replied, “It is important to be kind to everyone.”  You just rolled your eyes.

A little while later you were standing with a group of girls from your class. One had brought a Polaroid camera on the field trip. You all were passing the camera around to take group selfies. Two other girls leaned into the frame with you. When the camera spit out the undeveloped photo, you snatched it before anyone else had a chance. Once the photo came into view one of the other girls asked if she could keep the print, you shoved it at her, saying; “Fine! You guys look ugly in it anyway.”

Unfortunately, I wasn’t close enough to say something to you at the time, but I saw the hurt looks on the other girls’ faces and I hurt for them.  I wished I could have spoken into their hearts and told them that they are beautiful, that it was your behavior that was ugly.

Apparently you still hadn’t yet met your daily quota of belittling others. Only a few minutes later, one of the girls in our group called out to some other kids passing not far away; she waved and smiled with youthful exuberance, kindly greeting her fellow classmates.  You took that opportunity to say to her, in front of myself and all of the other kids in our group, “You know, those kids don’t like you.”
That was the last straw. With all the couth I could muster, I said to you; “Don’t you ever say that to someone.”  You didn’t appreciate my input and replied, “Well it’s true.”  To which I said with steely eyes; “There is never a reason to say something so hurtful to someone else. You are being a bully and it needs to stop.”

You and all the other kids in our group went quiet and stared at me with slack jaws. Except for my son.  He just chuckled and said, “Well, now you got a taste of what my mom is like.” His smile broke the tension. He wasn’t embarrassed that his mom had just put you in your place. He was just stating a fact. You see, that is what I’m like. I don’t put up with bullsh*t or cruel behavior: not from my own children, not from other adults, and not even from a young girl I just met a couple hours before. In fact, I was proud of my son for recognizing this character trait of mine and confidently bringing it to the attention of his peers; it was affirmation that I model the behavior I am training my kids to emulate.

Young lady, I’m not sure what your home life is like, what you’ve been through, what’s made you into the aspiring b*tch that you are, but I want you to know that it’s not too late for you. You still have time to change the trajectory of your life, to adopt a new perspective and a new set of behaviors. You don’t have to follow that all-too-easy path to becoming a full-fledged Mean Girl.

You see, every nasty word that came out of your mouth today made my heart break for you. Every despicable act of snobbishness, I recognized for what it truly was. People don’t behave that poorly unless something inside of them is broken. I’m here and I’m willing to help you glue those broken pieces back together.  I believe there is a tender-hearted girl inside you that desperately wants to come out but you’re too afraid of being vulnerable. I understand.  I’ve been there too. I’m willing to take the time to listen to you and to help you learn to be confident and assertive without purposely hurting others. Because guess what, you little sh*t, I love you despite yourself.

With hope for who you can become,

6 thoughts on “Open Letter to an Aspiring B*tch”